I’ve got a job at last! Blogging to end immediately…I’m hunting out my suit…Listen to this – BBC Scotland wants a public affairs adviser, someone with intimate knowledge of Scottish politics, who understands broadcasting and can advise senior management at PQ. It’s made for me…

They’re advertising for a good communicator – duh! – who can sort through a mass of information quickly and produce a coherent synopsis and tell the managers what to do to improve their image. Why did they bother to advertise? Must be able to talk with politicians (Johann will forgive me) and find out what’s happening in the corridors of power to tip off Kenny McQuarrie in advance. It’s made for me.

Gibson: Hello, all Cooler aircraft. I’m going in to attack. Stand by to come in in your order when I tell you….

He points the nose down towards the dam wall. Cue music… 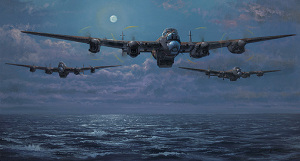 Isn’t it telling that the Coalition is calling the latest stage of its terror campaign The Dambusters after a Second World War murderous attack that flooded the Ruhr and killed over a thousand? Identifying a political campaign with the British war effort is one of those unthinking moments that provides an insight into how the British…

Honey I Shrunk the Country!

Honey I Shrunk the Country!.

Honey I Shrunk the Country!

Standard Life – Standard Procedure. What did you expect from a financial company – altruism? Presented with any change they can’t manage themselves, they panic. Oh yes, the do have to plan for eventualities, but they don’t need to make public announcements coordinated with a political campaign.

Notice how early warnings were issued to selected media including the BBC’s Robert Peston who worked hand-in-glove with Alistair Darling’s Treasury during the financial meltdown to get daily exclusives. He was on air this morning claiming special access – who would organise that? Is it significant that this “politically neutral” company was in recent weeks having its executive board undergo media training in case they faced interview?

And on Radio Four the thunderclap of doom was applied by James Naughtie from Edinburgh, transformed for the day from news presenter into Scotland correspondent, analysing the implications and calling Standard Life one of the…

If you have the stomach you might want to dip into the Daily Telegraph readers’ threads on Scottish issues to discover the cesspit of Scottophobia, defined by Tom Devine as: ‘the irrational aversion among the English establishment to Scots who, through the Union of 1707, achieved high political office.’ It has morphed into something deeper and uglier – a vicious, quasi-racist loathing for friends and neighbours by people convinced self-determination is designed to spite them.

From politics these English bigots jump seamlessly into sneering diatribes about poverty-stricken, useless Scots whose companies and institutions only exist courtesy of their Britain and will leave if the tartan hordes ever get control. Today there is a contribution from, presumably, a sane, educated Telegraph type claiming London has a superior IQ to Scotland and it is our collective lack of developed intelligence that blights our future. Wasn’t that the Boer’s argument against the blacks