Scotland – Beautiful above – but deadly below and at sea

Westminster handed the USA large areas of Scotland’s mainland, islands and maritime areas forming part of a long term lease lend scheme ensuring the UK would be provided with nuclear weapons at an advantageous price. Weapons currently include the Trident and around 200 nuclear warheads. Successive Westminster governments routinely claim the weapons systems provide the UK with an independent nuclear deterrent but this is not the case since all systems fall under the control of the USA at all times and as such their use could never be authorised by a UK Prime minister. The fore-going begs the question, why the hell do we have them? 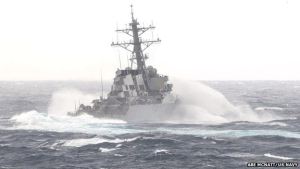